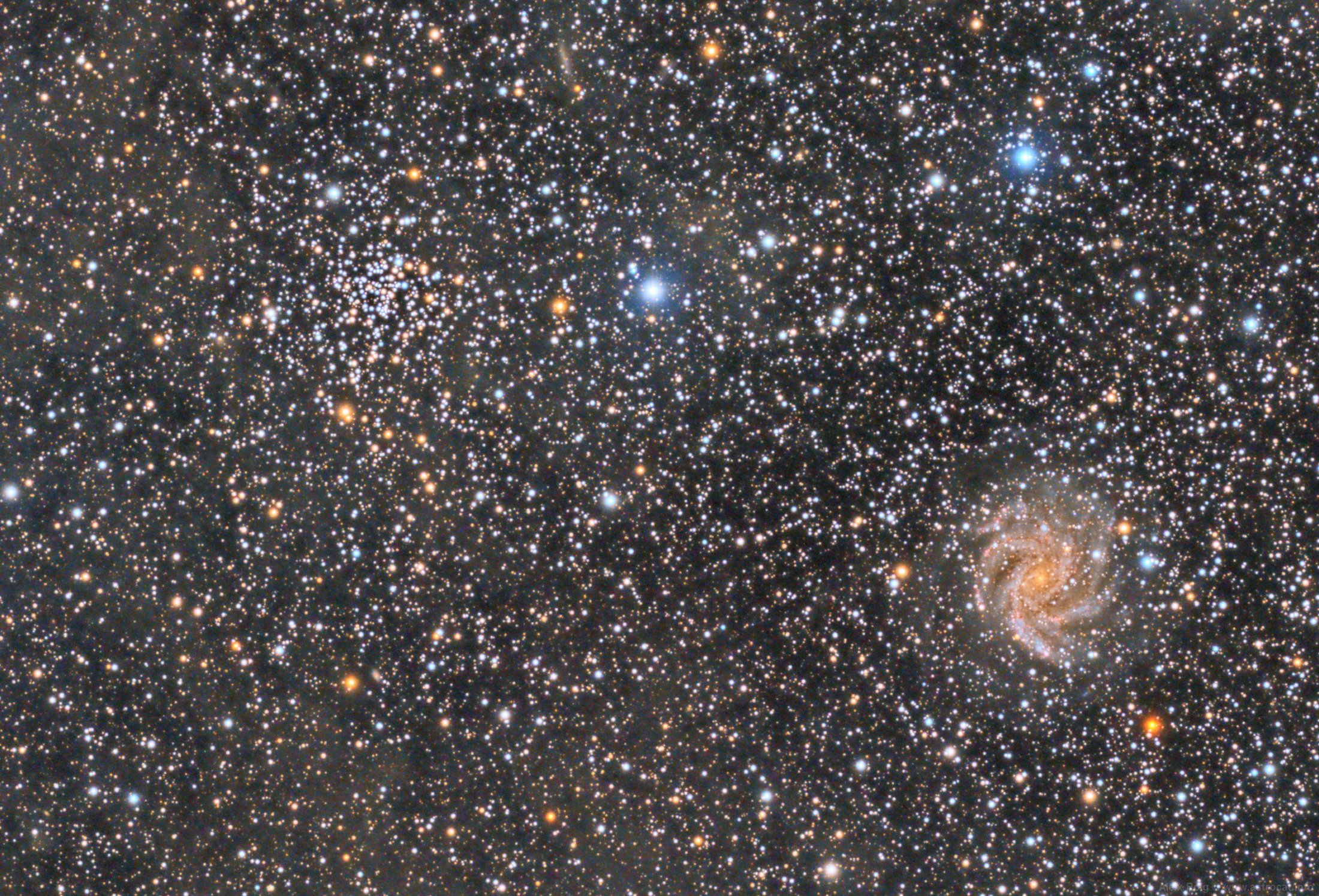 This galaxy, located around 25.2 million light-years away from Earth, was once supposed to be part of our Local Group. Nowadays we know that it doesn't belong to it even though it's quite close to its boundaries. Discovered in 1798 by William Herschel, we can find it between the constellations of Cygnus and Cepheus, obscured by densely star populated regions of the plane of the Milky Way. In another much closer plane, but in the same frame, we can see the NGC 6939 open cluster, located around 4,000 light-years away from Earth. The background of the image is covered by IFN dust that can be easily detected with higher exposure images.